Robert and Shadow—A Service Dog for a Former Serviceman

Robert, a retired Marine Corps captain living in Strongsville, Ohio, has experienced a lot of loss. But these days he shares a king‑sized bed and unconditional love with a remarkable creature, his service dog, Shadow.

In 2019, Robert was grieving the loss of his wife, Linda, and his Labrador retriever, Isabel. The Vietnam veteran lived alone and needed the assistance of a service dog. Little did he know, a puppy abandoned in Texas needed a forever home. 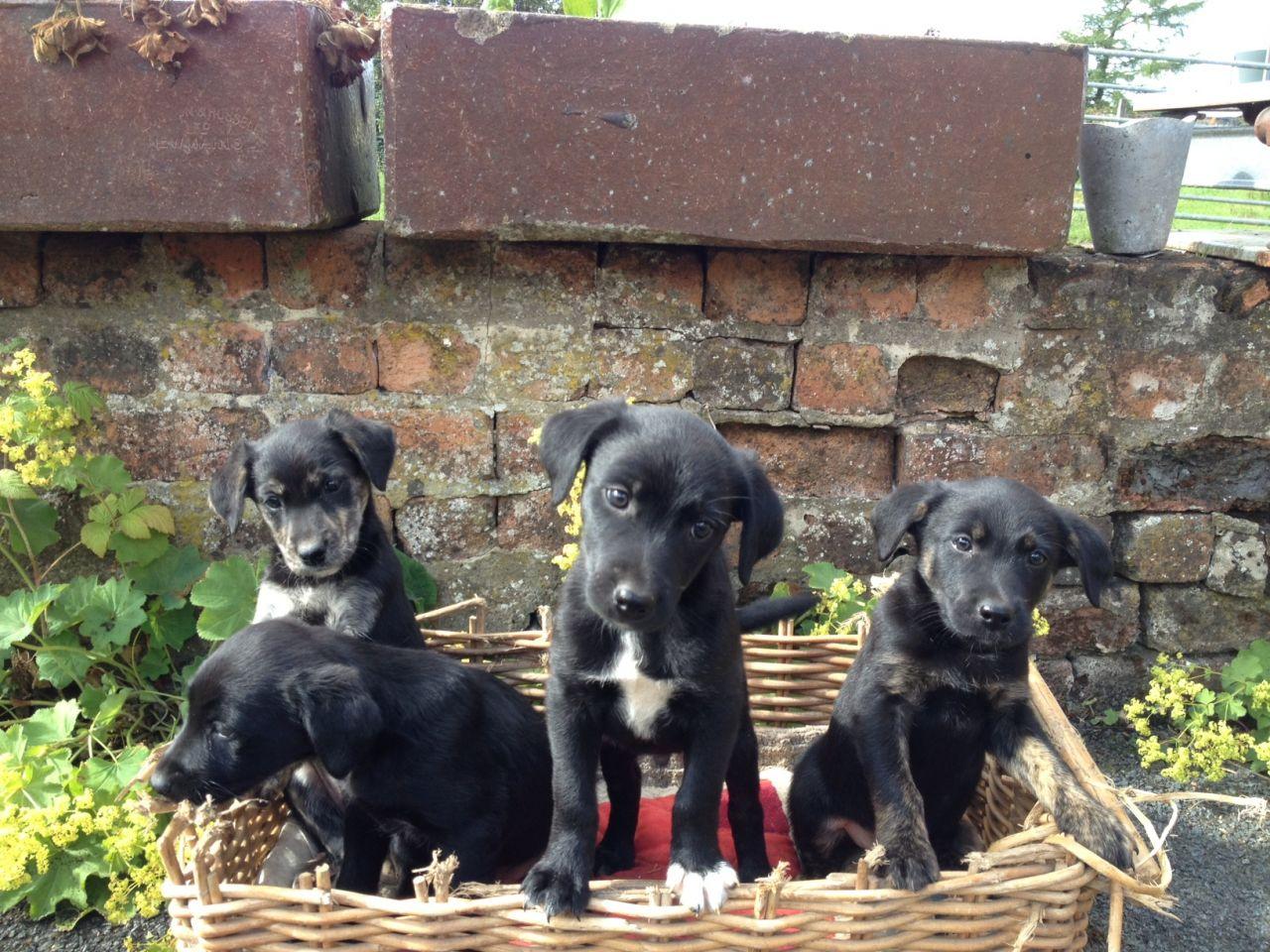 In 2018, Shadow and her other tiny siblings were dropped off in a cardboard box outside an animal shelter in Fort Worth, Texas. The puppies are Boradors, a mix of border collie and Labrador retriever. Despite their mix of intelligence and obedience, the puppies did not find families right away. The shelter was overwhelmed with pets, and Shadow spent almost her first year in foster homes.

In 2019, when Texas experienced severe weather conditions, Delta Airlines flew Shadow and nine other dogs to the Cleveland Animal Protective League. The hope was that the dogs would find families and stable homes in the Cleveland area.

Shadow was one year old when Robert adopted her, and they began their life together.

Through the Wounded Warrior Project’s Canine Companions for Independence, Robert and Shadow were trained to work together so Shadow could accompany and assist Robert in his day‑to‑day activities.

“She’s been outstanding for me. I don’t feel alone anymore because Shadow is with me 24/7,” says Robert. “We went shopping together today. She eats with me, she sleeps with me.”

Dog is God spelled backwards, says Robert, “the only animal that has been created by whoever to give humans the opportunity to have unconditional love 24/7 in their lives where other humans sometimes can’t give them that.”

Robert wants to provide the very best for Shadow because she gives him so much to live for.

He took Shadow to MetroPet Veterinary Clinic in Berea, Ohio, where they offered discounts based on his age and Shadow’s service dog status. But he still wondered if he would be able to keep up with the costs of Shadow’s care.

That’s when his vet, Dr. Mary Ann Tima, recommended Veterinary Care Vouchers from One Health Organization, which provides assistance for eligible pet parents. He applied, with the help of Program Coordinator Ira Reynolds, and within several months, received Vouchers worth up to $250.

“I was able to get her last examination taken care of because of the organization,” says Robert. Shadow has a clean bill of health and has received important vaccinations.

Shadow lives a happy, healthy life. Whenever Robert is out and about, she is with him, wearing her service dog vest and diligently watching out for him.

“She’s perfect. She just never leaves my side,” says Robert. “In fact, when we go to the grocery store, I don’t have to push my buggy with groceries in it. She’ll actually walk in front of the buggy and she pulls me through the store.”

At times, Shadow gets so much attention Robert has to fend off admirers. “She’s the center of attention when we walk someplace. It always happens with women. They’ll turn around and say, ‘Boy, are you cute.’ And my standard reply is, ‘Gee, thank you very much. That’s the best compliment.’ They’ll say, ‘No, I mean your dog.’ I have a lot of fun with her when we shop.”

But Shadow’s admirers are not allowed to pet her while she’s working; she’s got a job to do.

In her free time, she enjoys chasing the squirrels and rabbits in Robert’s fenced‑in backyard.

Keeping Pets and People Together

Robert is grateful for the assistance he received from One Health Organization because it allows him to provide a better life for himself and for Shadow. 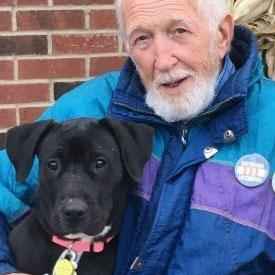 “There’s a lot of seniors like myself who end up turning their pets in to kennels for adoption,” says Robert. “I would never put myself in that position with Shadow — never in 100 years — but that’s where that organization came in handy, to step up and help us.”

“I can’t speak enough about that organization and the people that do donate. I think it’s important that they realize that their money has helped, even if it’s just one person, and maybe it will help more down the road.”

That’s why Robert is glad to share his success story, in hopes that other pet parents and supporters will understand the benefit of the program.

A Match Made in Heaven

Robert believes something very special happened when he and Shadow came together.

“It’s a miracle how I found her the way I did,” he says. “She came into my life just when I needed her the most. There’s a part of me that believes that both Isabel, my Labrador retriever, and my wife, Linda, are together — and I have got this weird feeling that they made arrangements for Shadow coming into my life.